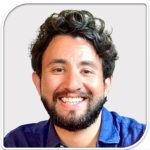 Bacteria need to protect themselves from infection and killing by phages to survive in the environment. For this purpose, bacteria have developed a sophisticated arsenal of defense mechanisms that can protect individual cells or the overall bacterial population. Individualized protection is achieved via systems such as CRISPR-Cas or lysogenization that allow the infected cell to survive. By contrast, population-based protection such as abortive infection systems lead to the cell’s death before phage progeny is released.